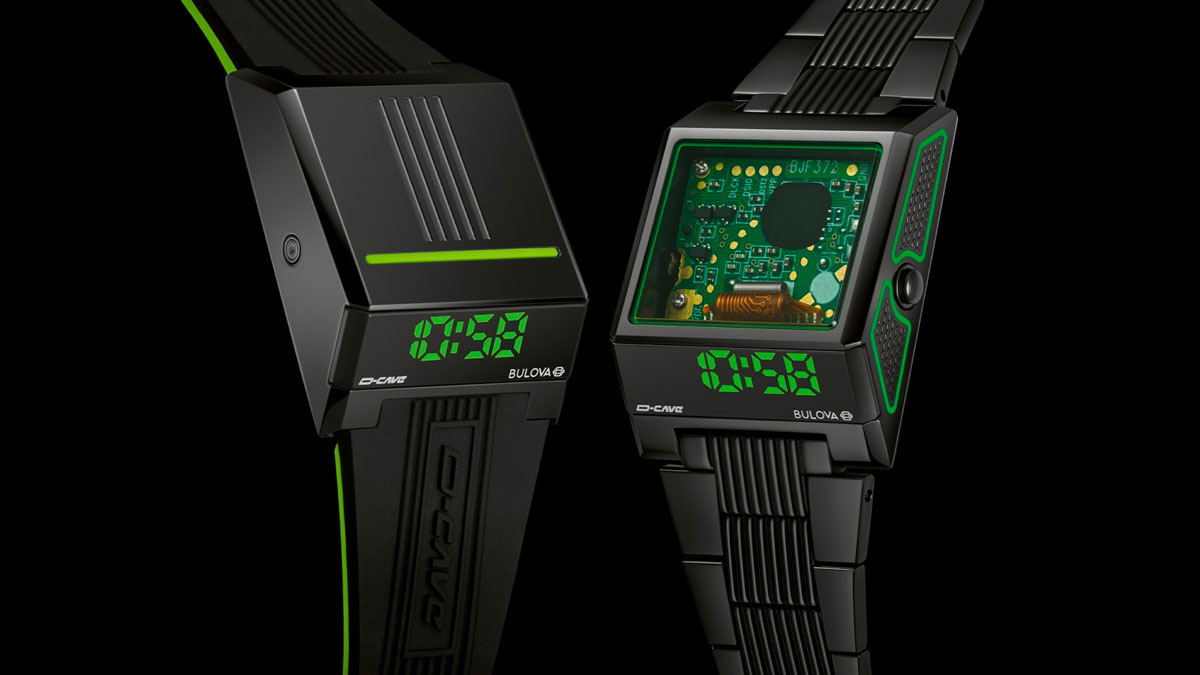 What NFTime is it? It's Bulova Computron D-Cave Watch time. Physical meets Metaverse in watchmaker Bulova's retro-futuristic collaboration with digital cultural space D-Cave, resulting in a timepiece that pays tribute to its 1970s predecessor, while upping the style and tech ante for watch enthusiasts and gamers today.

URWERK certainly likes their sci-fi. Not just in designing the the Aggregat Odyssey, a limited edition take on their retro-futuristic UR-112 Watch, but also in describing it. Featuring a new titanium and steel fuselage...

Casio's G-SHOCK Full Metal 5000 is an ode to the original G-SHOCK model*, but with enough design and tech upgrades that the watch has gone from Dad with dad bod to Dad with got-into-CrossFit-and-low-carb-diet bod...

Casio is celebrating 35 years of G-Shock this year. And while they still have 15 more to go to reach their golden anniversary, they've decided to commemorate the beloved watch line with a special edition G-Shock Glacier...

A smartwatch you need charge only by...doing smartwatch-y things with it? Sequent's SolarCharger Smartwatch is a timepiece that also monitors your activity, sleep, and heart rate, and can potentially do it all in perpetuity...