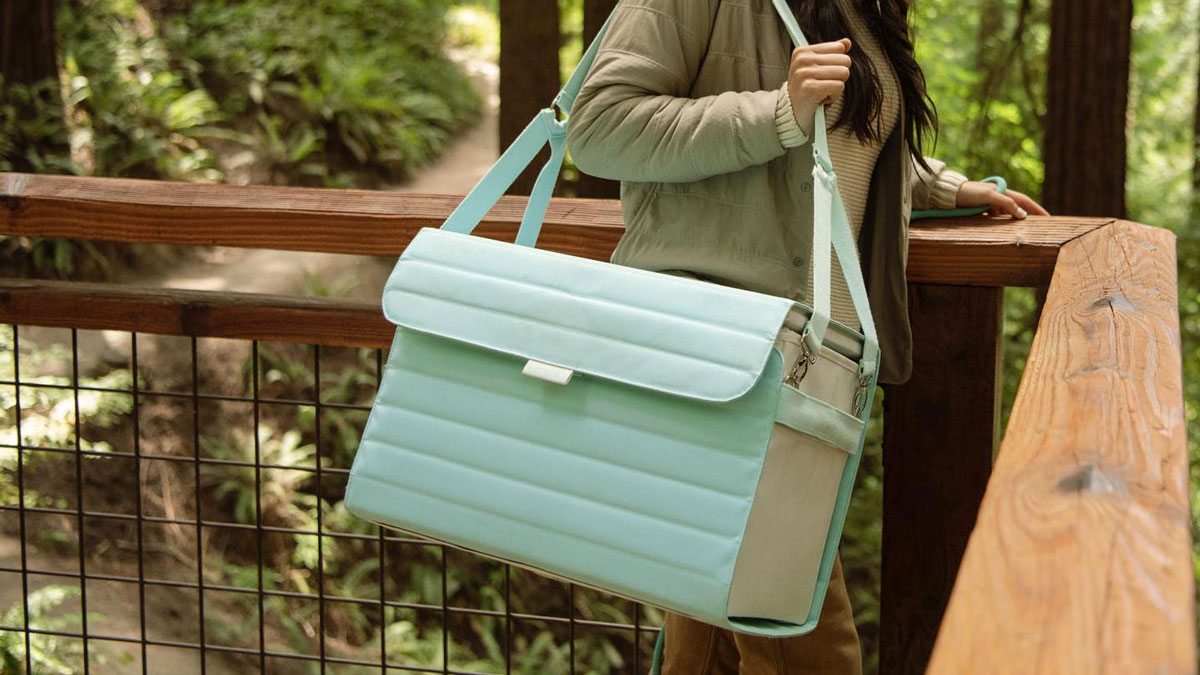 Nutshell says they've tested their coconut coolers' cold retention capabilities, and found they could keep ice frozen for 48+ hours - a feat that, if accurate, would best the Yeti Hopper Two, Coleman Excursion, and styrofoam coolers placed in identical conditions.

Nutshell Cooler shells are not made from coconuts, but from certified recycled polyester yarn. The soft shells are leak-proof on the inside and water-repellent on the outside, and allow the coolers to fold flat when not in use. A removable interior lining makes cleanup a little easier.

Also important to Nutshell is to note that while their coconut husk coolers will stay with you longer than an Igloo Recool compostable model, they are "built to last years (not millennia)." The sustainable materials that go into making the coolers also support the environment when their usable life is up; the insulation is biodegradable and easily removed.

Are you cuckoo for coconuts in coolers? Pledge for a Nutshell Cooler here on Kickstarter through September 16, 2021.

Is it cool enough to be called the Coolest? You decide. After months of anticipation (well, my 6-packs, margarita mix, and I were waiting with bated breath) the Coolest Cooler has finally launched its Kickstarter campaign...

All this cooler needs to keep beer cold is a shovel and 3 feet of ground. So, yeah. Throw one eCool in the bug out bag, Mama! Buried in the earth (and optionally also through a cut-out in wood decking or a concrete patio)...

When you're done tearing through trails and drinking up the adrenaline rush, and are ready to chill out at the beach and drink up a cold beer, trade in the ATV for the ATC: Igloo's Trailmate all-terrain cooler. The 70-quart...

Your wingman for summer has arrived. Well...its crowdfunding campaign has anyway. Like the Coolest Cooler before it, the SunDen hit Kickstarter this week seeking to consolidate and elevate, optimize and smartify all facets...

A can of warm beer, a cooler filled with ice, and a Spin Chill. Put them together and you'll be 60 seconds away from an Ice. Cold. Party. Prefer bottles of beer? Bottles of wine? Teetotaling with the orange sodie? Spin...

Normally I would think something called a Sixer Insulated Jacket would insulate me from the cold. But when outdoor apparel brand 686 teamed up with Pabst Blue Ribbon, PBR had something else in mind. This special edition...

Lights...cooler...action! ... Oh wait, don't forget the beats! After all, it's the Frio Color-Changing LED Cooler and Bluetooth Speaker...

From Coolest Cooler to cooler coffee table. And like its portable predecessor, Sobro has plenty of gadgety bells (dual speakers on the sides) and whistles (tabletop touch controls for all built-in systems) to complement...

Two coolers, folding prep surface, wine rack and drawer storage, rustic wood design--this patio bar gets my gold star of approval. Which it obviously already knows, given that it's gone ahead and affixed one to itself...