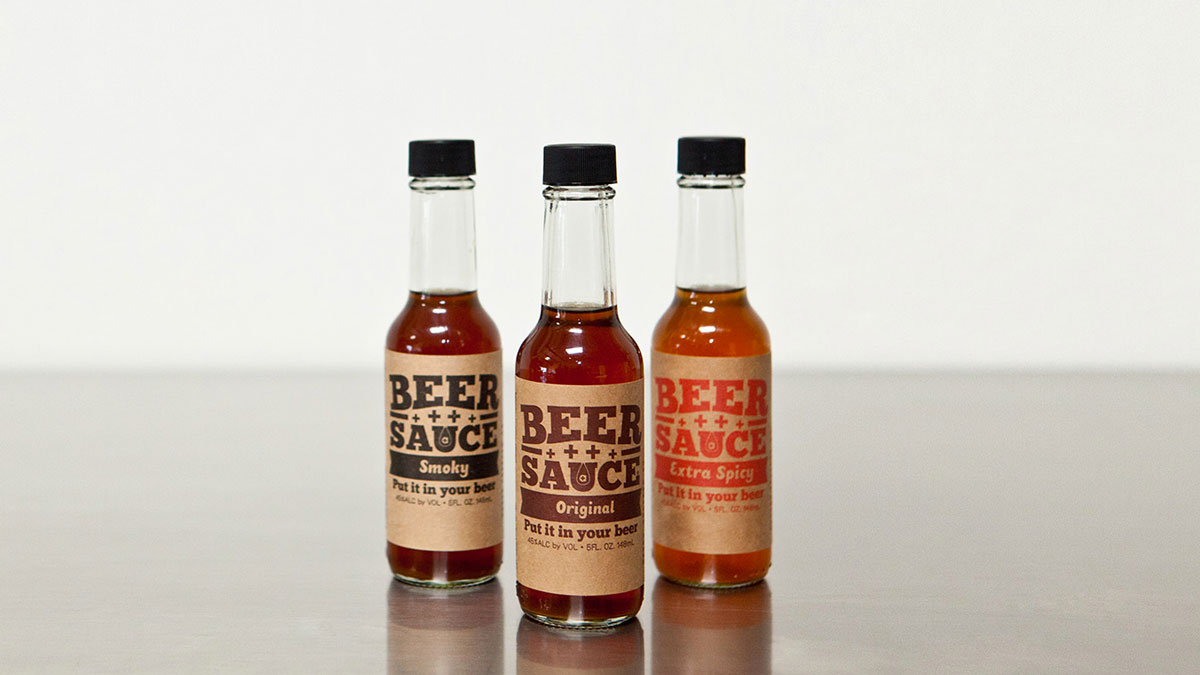 Uh-oh, did you drink your last microbrew or large format Belgian import? Now all that's left in the fridge is Rolling Rock and Michelob Ultra? It's cool, dude. When life makes you beer bitter, grab some beer bitters.

Addition Beer Sauce is a bitters-style mixer made specifically for beer, to bring complexity, flavor, and some heat to your lackluster lagers and ales, and to "turn a normal beer into something special!"

Beer Sauce comes in 3 flavors: Original, Smokey, and Extra Spicy. Original combines florals with aromatics to flesh out light beers, and add a slight kick with a flavor profile of chili pepper, peppercorn, and a secret spice blend. Spicy turns the slick kick into a hefty one, with the same profile as Original, but a higher concentration of chili peppers. Smokey Beer Sauce Bitters follows its name, and adds some body, structure, and campfire to your brews.

Addition began as a startup from Seattle-based boys Eric Salenski and Matt Hemeyer, who still run their operation out of Seattle's Georgetown neighborhood. There Addition handcrafts and bottles all of their bitter offerings - both the Beer Sauce and their better-known Cocktail Spice line.

Give your suds-lovin' handy man a jolt of joy with one of JoyJolt's tool handle glass beer mugs. Choose from the Crescent Wrench, Screwdriver, Hammer, Combination Wrench, or Pipe Wrench Beer Stein, and let him sip...or...

Who wants to skull a beer? The Brainfreeze Skull Beer Glass & Stand holds up to 12 ounces of your favorite brew, cocktail, sodie, or juice, pooling about half of the drink in a skull-shaped "boot" molded out of the bottom...

How do you think Miller Lite came up with Beercoal? That's right, after enough clumsy or drunken beer spills into the Weber produced the tastiest burgers and brats ever, a beer-infused charcoal became the natural next...

Are normal home brewing kits typically boring and ugly? I don't really know, as I focus more on drinking beer than making beer (best to funnel all of your energy into a single channel and dominate it!) but whatever normal...

Go big or go home could be the motto for pretty much any drinking game, but it seems especially appropriate for Wicked Big Sports' Supersized Flip Cup Game. I'm not sure if flipping a 12" tall cup will be more difficult...