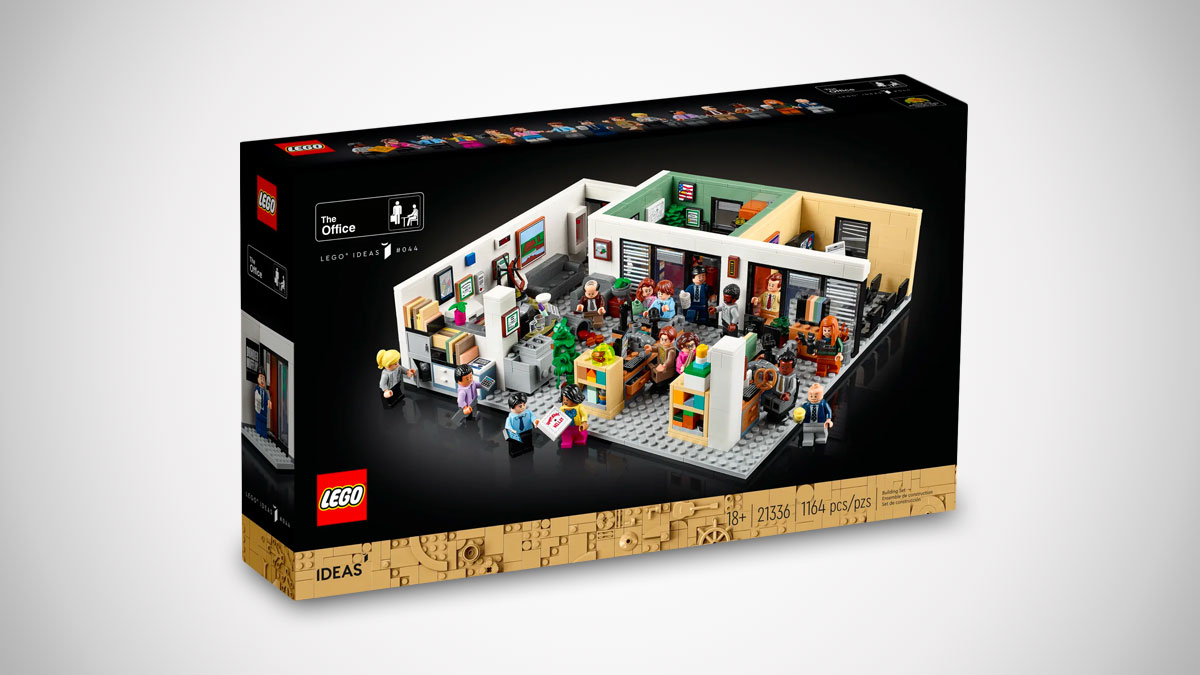 The Scranton office of Dunder Mifflin is now LEGO'd for business. Please see yourself to Michael's office to enjoy a chat with the World's Best Boss, the conference room in anticipation of this being the day the DVD icon bounces right into the corner of the screen, or the reception area to help Kevin clean up his chili.

Not to be outdone by Garbage, so too is LEGO including additional memorable Office accessories, such as a stapler in gelatin, a Golden Ticket, a Dundie trophy, and Michael's "World's Best Boss" mug.

"Open. Open. Into the hangar! There you go." Broccoli was a new food for Kevin on season 7's Ultimatum episode of The Office, but he tried it. He tried it because he made a New Year's resolution to eat more vegetables...

The Office Stapler in Jell-O Soap

March 24, 2005. A simpler time, when we were younger, life was still normal, business was as usual, and staplers were being congealed inside Jell-O molds in The Office. The doors of Dunder Mifflin opened on our TV sets...

"When my mother was pregnant with me, they did an ultrasound and found she was having twins. When they did another ultrasound a few weeks later, they discovered that I had adsorbed the other fetus. Do I regret this? No...

Dudes, a LEGO Flower Bouquet. It's flowers - check. It's handmade - check. It's customizable to be OOAK from you to her - check. And it's byoooooteeeeful - check. All the makings for the perfect Valentine's day gift...

She's mighty mighty, just lettin' it all hang out! She's a brick...uh...minifig. The lady's stacked with a plastic rack, gonna give The LEGO Group a heart attack. She's a brick....

Now here's a way to increase workplace productivity. Ha! The MelGeek Pixel LEGO-compatible keyboard is actually the perfect accessory to a new term and practice I heard about the other day: quiet quitting. It's the process...

If you can't afford the $55k price tag on the real TRON Light Cycle there's always this. And it's not a bad consolation prize. Are LEGOS the hippest toy around or what?...

Assembling the 2,532 bricks of this LEGO Atari 2600 building set is going to take, like, 17 hours. AKA the record number I logged for a single day of playing Asteroids when I was 12...

I'm not even going to pretend like a 5'6" LEGO minifigure - sorry, LEGO Maxifigure - isn't an April Fool's joke. Especially since, while the idea for the gag is a good one, LEGO couldn't put more than a modicum of effort...

At printing, this Seinfeld 30th Anniversary LEGO Set was just a LEGO Ideas project from Brent Waller with 700+ supporters. Meaning it needs around 9,300 more supporters before LEGO will consider turning Jerry Seinfeld's...

Would LEGO ever produce and release a Breaking Bad Meth Lab? Probably not even if its CEO and Board of Directors were all required to inadvertently step on an errant brick once an hour, every hour of the day, every day...