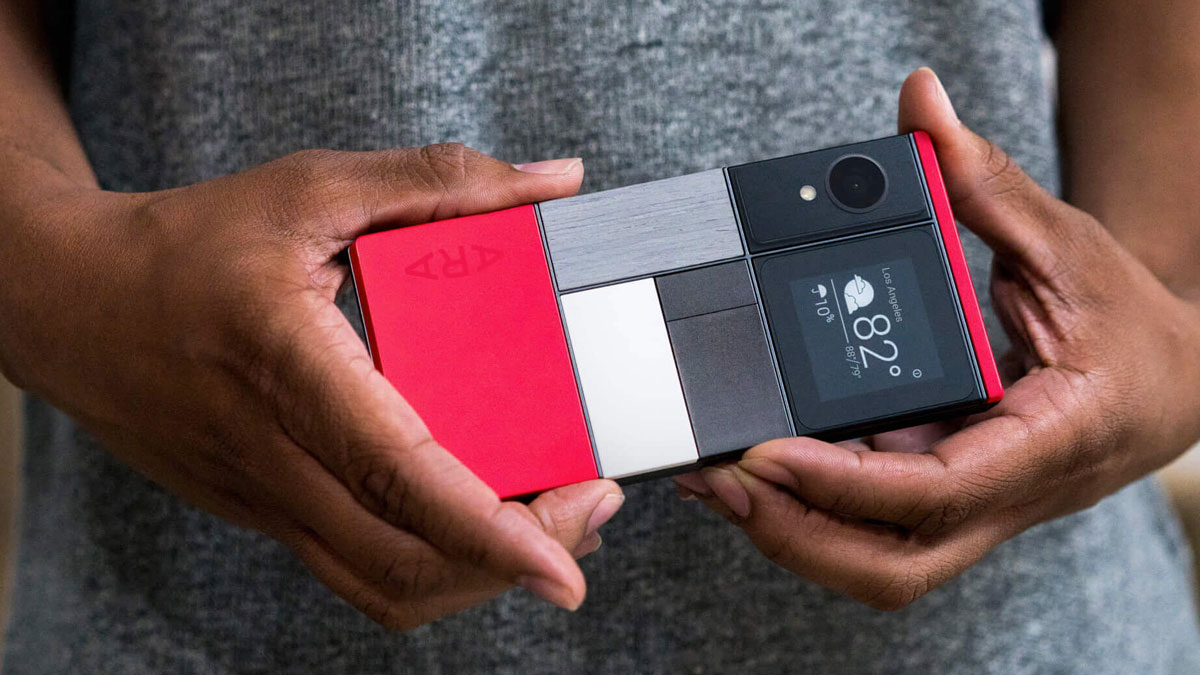 Maybe you've never heard of Google's Project Ara. More likely, you've heard of it all too often. Heard of it like you've heard of Sasquatch. Some swear it's real. Some of those even swear they've seen the myth in person. You know, that one Labor Day weekend they went with some buddies into the backwoods of the Google campus. But maybe that was just the moon that looked like a camera flash module. Or the 'shrooms and molly.

Project Ara, Google's attempt to release a modular Android smartphone, has been a long time in the making. Even before the company bought its development rights, this type of swap-in, swap-out device sought support from investors and individuals as inventor Dave Hakkens' idea and prototype. That was about 3 years ago, and Hakkens called it Phonebloks--check out the OG here.

Motorola originally bit on Hakkens' Phonebloks design, renaming it Project Ara. When Google bought Motorola a few months later, they hung on to Ara, but (seemingly) shelved it for a while. But Google culminated its Z I/O this past week with the announcement from its ATAP division that the Ara modular phone will be available to developers in Fall 2016. They hope to follow up with consumer models in 2017.

If you aren't familiar with the modular phone concept, think of it as building a smartphone out of LEGO bricks. Each brick represents a distinct feature or function--one is the screen, another is the battery, others are the camera, data storage, speakers, etc.--and the bricks both snap together to build individually customized phones, and snap out to upgrade, replace, and modify individual parts of it. The Ara will explore how much you dig having a smartphone that molds to your precise needs, and then remolds down the line when those needs change. So you don't have to buy a new phone every year. Or when one part of your current phone breaks.

A modular smartphone also makes repairs significantly easier--pop out the broken block, pop in the new one--as well as, we hope, reduces the number of whole phones that hit the landfills each year.

Developers interested in trapping the Ara Sasquatch this fall can follow the link below to Google ATAP's Project Ara website, and fill out an application describing the type of module they'd like to design. Developer phones will run Android and have a 5.3" screen.

Dude's Must See Products for October 2022

October 2022 was full of tricks and treats, but they weren't all related to Halloween. Or at least, not Halloween-specific. Tricks included the Tic Tac Gun (above), Crazy Aaron's Angry Putty, the Puking Regan Bottle Pourer...

Dude's Must See Products for November 2022

Dude's must see products for November 2022 say, "Let the holiday shopping, and the holiday gift guides, begin!" What I have here is largely a roundup of roundups - all my best gift guides for the month of November consolidated...

Dude's Must See Products for September 2022

Know what I've got to say about Dude's must see products for September 2022? The Mini Jumbotron and Winnie the Pooh: Blood & Honey. That is all...

Dude's Most Popular Products of 2018

Dude's most popular products of 2018 followed some very surprising trends. Weapons. Dinosaurs. Survival gear. Star Wars. Sexy time. Crazy, right? It's almost like that year when the most popular name for parents to give...

Italian in both slick aesthetics and siesta-time concept, I exaggerate not when I say the HiCan high fidelity canopy bed will persuade its occupants never to leave its ultra-modern, four-poster confines. HiCan designer...

Dude's Must See Products for August 2022

Ahhh, August. The month leading up to Halloween. No wonder so many of Dude's must see products were...wait a minute. Halloween is in October, right? And October doesn't come after August...right? Geez. I ran at least...

What makes this year's holiday gift list for men specifically 16 cool gifts for men? As I was putting the collection together, I noticed there's no cutting edge technology on it, no run-of-the-mill smart home or internet...