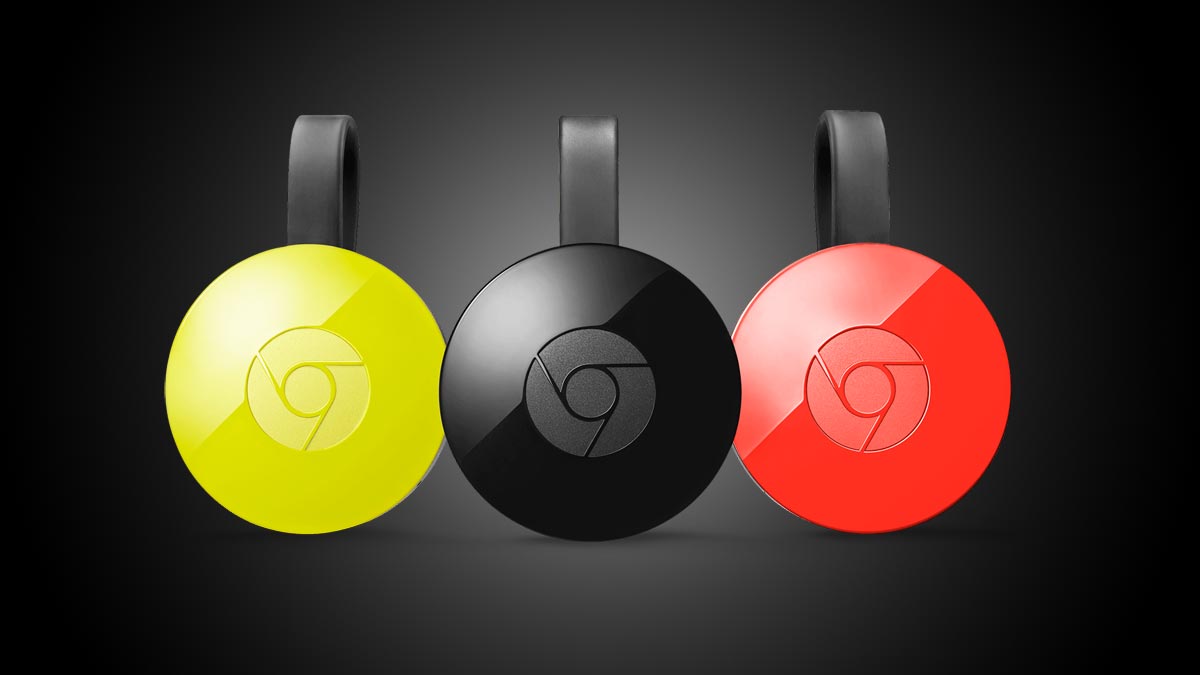 With its typical anything-you-can-do bravado, Google has built Chromecast, an HDMI streaming media player in the vein of Apple TV and Roku, but...you got it. Better. So they say.

Official Chromecast compatibility spans Netflix, YouTube, and Google Play movies and TV. However, with some very minor techie sorcery involving Chrome tab projection from a desktop or laptop, users can also access all other Web streaming services. The stick works with both Android and iOS, so phones, tablets, and computers with different subscriptions or movies downloaded can all get some play on the big small screen.

Basically, Chromecast unleashes no real technological breakthroughs with its release. But it does perhaps make a tastier pie out of the same cherries other media players have already been picking.

AIRTAME believes that "everyone should be able to show any content from any computer on any screen - wirelessly." Given that last time I tried to hook up my laptop to my friend Cornelius' TV to show him a slideshow from...

Correction: Sorry dudes, this is not the Addams Family set house, inside or out, but a real Australian home that has remained unchanged since its late 1800s construction, and looks like a creepy mansion shacking up an...

Hey kids, not only will Bushnell's Torch flashlight illuminate the bogeyman and monsters under your bed, its blast of a 165-lumen, perfectly square HD beam of light will probably blind them long enough for you to grab...

"Lukos, I am your backer." That's what this 32:9 ultra-wide 4K HD mini monitor hopes you'll say, and become, as soon as you read about the iMax-level movie and content display, immersive gaming experiences, and even work...

A few hours from now, when you're knocking back beers and sausage rolls during Super Bowl 50 at your friend Cornelius' house, and wondering why you keep feeling random shooting pains down the left side of your neck, circle...

If you've been using your noodle you've probably learned how valuable a bendy rope of lights can be. And now your flexible, adaptable, bright-burning noodle has a new form with yet another application: TV backlighting...

Big screen? Flat screen? 8K UHD? Lame. Check out the TinyTV DIY Kit, a 3D print with - ready? - four push buttons, plus an ON / OFF switch! Now that's the cutting edge electronics gift for a kid I'm talkin' 'bout. Even...

You-Vision Video Glasses don't do the I-spying for you, but they do allow you to film what your little eye sees. In HD. A tiny camera built into the bridge of the glasses records full motion video with the push of a button...

Simple.TV is the latest in the vicious volley of cable companies screwing us, and us screwing them right back. For those fed up and ready to disavow cable altogether...but bummed about not being able to watch Modern Family...

Celluon takes a slightly more humble route, bragging only about its PicoPro's ability to fit in your pocket, but SK Telecom goes straight for the pinnacle of accomplishment, calling its UO Smart Beam Laser Projector The...

If the grip is as beastly as the look of this smartphone camera rig, I think we've got a chicken dinner on the table tonight. The Beastgrip Pro is a universal lens adapter and rig system for your phone intended to give...

Boldly go where only Geordi La Forge has gone before. Avegant's Glyph is a Kickstarted mobile personal theater that wears like a combo of over-ear headphones and a Star Trek VISOR. Use it to watch movies, play games...